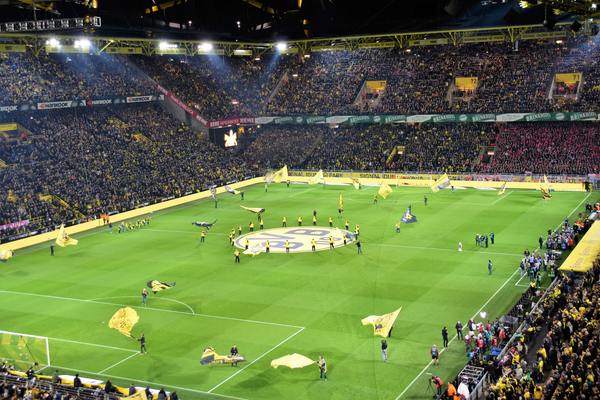 Signal-Iduna-Park is a football stadium in Dortmund, Germany. It is the home of Borussia Dortmund and was built in 1974. The stadium has a capacity of 81,360 people and was one of the venues for the 2006 World Cup.

One of the most iconic things about Borussia Dortmund is their "Yellow Wall", it's a massive standing section in the south end of the stadium that can hold up to 25,000 fans. It's one of the largest standing terraces in Europe,  and it's always packed with supporters of Borussia Dortmund.

How is the Location at Signal-Iduna-Park?

How is the Atmosphere at Signal-Iduna-Park?

How is the Food and drink quality at Signal-Iduna-Park?

Last updated about 1 month ago

Know an interesting fact about this stadium? Share it here